Where Is the Phoenix Real Estate Market Heading?

Where Is the Phoenix Real Estate Market Heading? 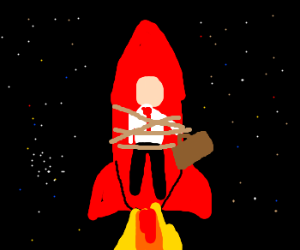 Springtime is usually ideal for optimism and real estate agents operating in the Phoenix area should not let go of high hopes, either. While January was a bit of a letdown in terms of total number of sales, the new to be announced figures look much better for spring 2015. Even the abhorred data from January holds some refreshing truths about how the market is expected to evolve this spring, and, most probably, throughout the year.
Prices are on the rise
January was a bit of a harsh mistress for real estate agents, as the total number of sales dropped, but the good news is that the median price for single family homes went up 5.6% compared to the previous month of January. At 207,000USD compared to 197,000USD, the difference may not look that much, but going over the psychological threshold of 200,000USD must count for something.
Townhomes and condos did not sit idle, either. The median price for one such unit went up 11.6%, from 121,000USD to 135,000USD.
What worried agents, then?
While prices went up, according to all the data gathered in January, the total number of sales did not sit that well. The number of sales for single family homes registered a 7% drop from previous January, and the number of sales for townhomes and condos was at a three year low.
Nonetheless, experts do not look one bit phased by the January data. As many real estate agents know, January is a very quiet month, due to everyone still getting back to their normal lives after the holidays spending. So far, February and March announce themselves as being much better than January, so the drop in sales registered during the first month of the year is really nothing to worry about.
Foreclosures are dropping
A clear sign that the market is getting better is that the number of foreclosures is dropping. In January, the total number of foreclosures went down 43% compared to the same month in 2014. As the real estate market is getting better, more clients will start to be interested in purchasing new and existing properties, and this indicator is a clear sign of it.
Rent prices are going up
Real estate agents have another reason to rejoice, besides the signs of improvement regarding the number of sales, and the prices for new and existing homes. Rental prices have gone up over the last 12 months, which is a great productive venue for real estate agents. The registered rise in rental prices is 5.8% compared to January 2014, and the trend is not yet expected to slow down.
The demand and supply for rentals have seen improvements, as well, which means for the remaining of this year, real estate agents will have plenty of clients to add to their database, and more business will come their way.
All the trends described above reflect what is currently happening on the real estate market in the Greater Phoenix area and they are based on the data gathered so far.