What Keeps the Phoenix Housing Market Behind?

What Keeps the Phoenix Housing Market Behind? 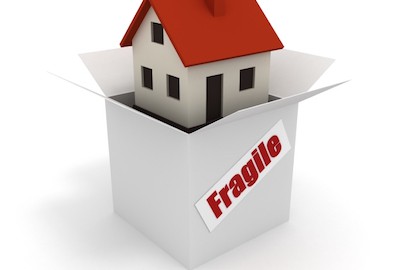 The housing market in Phoenix shows some signs of recovery, but it is still going slow. The following factors tremendously contribute to the slow rhythm at which this sector is striving to stay afloat and even rise above water level.
Foreclosure victims still out of the game
Phoenix has shown good improvement as far as the number of foreclosures is concerned. It looks like what was worst has passed and now, the market can be established on more solid grounds. However, people who have lost their homes to foreclosures still cannot qualify for a loan, and they must wait until their situation becomes better.
Low equity problems
The number of potential home buyers is thinning even further, as people who made bad deals in the past cannot shake off their existing contracts in order to purchase a new house. Caught in the low equity hell, they cannot move forward and get a new and better deal. Selling their homes is, in most cases, not an option, because they won’t be able to cover for their loans and contract others.
Lending standards remain tough
Lenders have experienced plenty of bad things with the burst of the housing bubble. The need for tougher and more restrictive lending standards imposed many new rules that let plenty of potential buyers out of the game. However, some timid changes have been registered lately, with lenders starting to become more relaxed, as their need for clients is growing stronger.
High student loan debts
Millennials are known to be among the least numerous category to have their own homes. In their quest for higher education, they started their lives by contracting cumbersome student loans, and now, they must focus on paying them back, before they can even consider applying for a mortgage loan. Moreover, specific for Phoenix is the fact that these young adults prefer to chase highly paid jobs in other states, instead of coming back home after they graduate from college.
Population growth is stalling
There are two ways of increasing population in Phoenix and both prove ineffective for this area so far. One is that the natural growth is declining, since young adults move to other states – as showed above – or they have fewer kids and get married later in life. The other way is by attracting new inhabitants and enticing them to move to Phoenix. Although there are some moves on this market, many of those who prefer coming here are in their late 50s and 60s, so their contribution will be only temporary.
Employment rates could be better
After the recession, most states focused on regaining the lost jobs. Arizona doesn’t fare as well as other states, as it has managed, so far, to regain only 69% of the jobs lost due to recession, compared to 75%, which is the national rate. Low paying jobs are the norm, and this aspect hinders further the possibility to purchase a home for many of those living in the Phoenix area. Part time jobs are nothing uncommon, either, and they only allow those who have them, to make ends meet and nothing more.