The Super Bowl and the Real Estate Market in Phoenix – Is There Any Connection?

The Super Bowl and the Real Estate Market in Phoenix – Is There Any Connection? 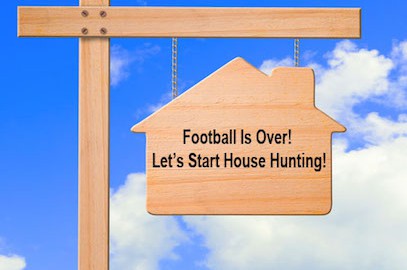 The Super Bowl is a major sports event and can generate extra revenue for businesses operated in the area where the event is taking place. The last Super Bowl was housed by the University of Phoenix Stadium, in Glendale, Arizona, and the housing market seemed to react to the important sports event held in the area.
What kind of a boost happened?
Not all real estate market sectors are the same, and the mentioned boost on the Phoenix market for houses happened in the middle class sector. Since this is the most important category of buyers searching for a home in the median price range, their reaction was quickly noticed by real estate agents.
Houses priced between 150,000-600,000USD knew an increased interest in February 2015, compared to the same month last year, and February was the month when the Super Bowl was held in Glendale. The reaction was quite an important one, as the number of contracts jumped around 33-38%, compared to the figures from last year, registered during the same period.
What happened to other sectors?
Luxury homes, on the other hand, did not seem to receive the same treatment as middle class oriented units. Apparently, corporate and upper class clients were not so taken along by the enthusiasm generated by the Super Bowl.
Cold figures speak, and the sector for luxury homes was down 7% compared to February 2014.
Coincidence or …
Although the Super Bowl has its usual impact on local economy, depending on the area where the event takes place, it is highly unlikely that the boost that happened in the median priced home contracts was due solely to it.
According to experts, other conditions contributed to the market reaction.
For starters, lenders began, once more, to relax their requirements, so more people managed to apply for new loans. Since mortgages make for a large part of any lender’s portfolio, such a reaction is not totally unexpected.
Another factor to be taken into consideration, which is considered a seasonal one, is that as the holidays are left behind, people restart thinking about planning important expenses and investments.
The Phoenix market recently witnessed a severe drop in foreclosures, and with plenty of potential buyers off the hook, the market was ready to welcome back a lot of people willing to try homeownership once more.
How much did the Super Bowl influence the boost in the housing market in Phoenix? It is difficult to tell, with so many and more important factors coming into play.
Conclusion
The factors mentioned above have little to no influence on luxury home pricing and market as a whole. These are the type of conditions that favor lower and middle income categories of buyers and their growing interest in purchasing homes must be noted. However, ‘blaming’ it on the Super Bowl is a bit farfetched, and while it may have influenced, to some degree, the buyers’ decision to start spending again, it is safe to say that the important event had a marginal, in any, impact on what recently happened on the Phoenix housing market.