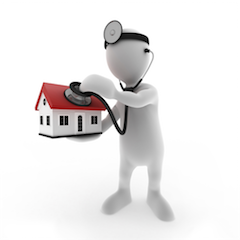 Real estate agents, borrowers and lenders used to look with increased optimism at the evolution of the market in 2014. While 2015 does, indeed, bring good news to everyone involved in this industry, the way things are today shows that last year’s expectations were a bit optimistic. A look at how last year’s predictions fare against what really happens as we speak completes a bigger picture that realtors and investors should contemplate for a bit before rushing to decisions.
How does the housing market recover?
Recovery is truly a big word in the world of the real estate business. Since the global economic crises, everyone involved kept an open eye – and seldom two – on the evolution of the market. Looking back at some figures shows a clear trend, as well; in 2006, 40,000 new homes were built in Phoenix, while only 11,500 are scheduled to be finished in 2015. Nonetheless, this does not mean that the real estate market is doing poorly.
Housing prices are expected to rise 4% throughout the year, which means a decent recovery rate, even if it is not spectacular. The fact that fewer new houses are built is also a sign that the market aims more at consolidation than at expansion, which means that investors can focus more on purchasing existing homes and selling them for a profit, instead of concentrating on new building projects.
Institutional home buyers are leaving the game
A good sign that the real estate market in Phoenix is getting well is that foreclosures are plummeting at an accelerated rate. Another good sign is that institutional home buyers are leaving the game, and real estate agents and investors can return to dealing with a market that does not suffer from the usual tantrums of Wall Street agents. Since 2013, this type of involvement has been on the decline, and some slight improvements may be expected towards the end of 2015, but nothing is final in this respect.
The evolution of the construction sector
As far as the type of real estate units that will be erected is concerned, the family oriented sector is still in a better place than commercial and industrial constructions. The way the construction sector, as a whole, evolves, is also a sign – and also, a reason – of the slowly recovering market.
Around 6,000 jobs in this sector have been lost since 2013, and the lack of skilled workers puts a damp on the rate at which the market for new homes will grow in the future. This problem does not show many signs of improvement, and will continue to represent a problem for companies in the sector.
The Phoenix real estate market is on an ascending trend, but not on part with last year’s predictions. Although experts showed a bit too optimistic about 2015’s evolution, it is still a good sign to see that the market is consolidating, with housing prices on the rise, and the construction of new units still going on, even if not at the same pace as during the housing bubble.